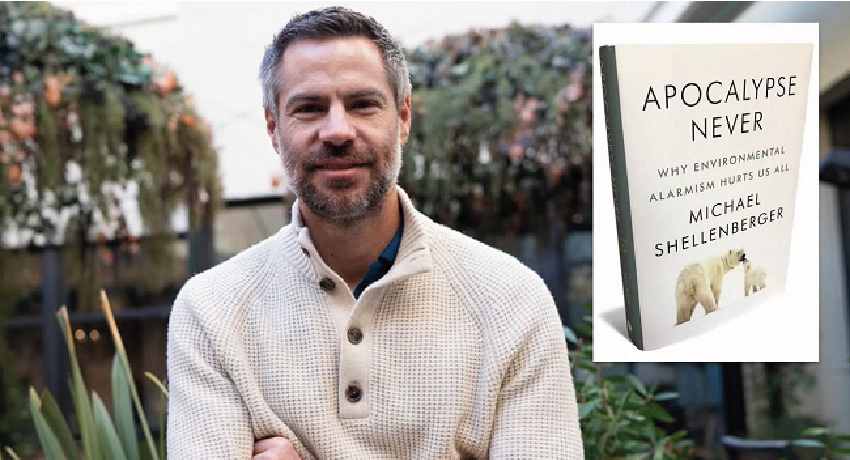 Michael Shellenberger has been a quintessential liberal activist.  He organized a local chapter of Amnesty International.  He moved to San Francisco to work with the progressive organization Global Exchange.  He worked in Latin America with various aid organizations.  He consulted for the Sierra Club, Earthjustice and the Ford Foundation on climate and development in emerging countries.  In 2008, Time named him one of their “Heroes of the Environment” and recently the United Nations Intergovernmental Panel on Climate Change invited him to be an expert reviewer.  He believes in anthropomorphic climate change and that humans must reduce their carbon footprint.

However, Shellenberger has grown increasingly concerned over the last two decades that the environmental movement has become too extreme, especially in its characterization of the consequences of climate change.  In his most recent book, Apocalypse Never: Why Environmental Alarmisn Hurts Us All, Shellenberger marshals a number of themes which present a more realistic view of the consequences of damage being done to the environment and how some environmental activism has actually been counterproductive in many cases.

Shellenberger cites many examples of climate prediction exaggeration.  For instance, in 2019, the UN’s International Panel on Climate Change (IPCC) issued a lengthy report on the consequences of a 1.5° C temperature increase.  The report discussed adverse impacts of climate change on future food production.  The New York Times ran an article on the report headlined “Climate Change Threatens World Food Supply, United Nations Warns.”  The article claimed that the report predicted climate change will “over time shrink the global food supply.”  But the report said nothing of the sort.  It warned that climate change could affect the future trajectory of the growth of the food supply and could exacerbate existing conditions in chronically undernourished parts of the world, but it never said that the total global food supply would “shrink.”

In fact, as Shellenberger correctly notes in his book, the UN’s Food and Agricultural Organization (FAO) had examined the effect of climate change on the food supply in a report in 2018 and concluded, “[i]n general, by 2050 technical progress should outweigh the impacts of climate change.  Overall yield growth due to the combined effect of technical progress and climate change . . . ranges between 10 and 30 percent in 2050 compared with 2012.” (pp. 76-78)  Even more ironically, the FAO report found that in some areas higher temperatures would increase crop yields.

Here are a few of the other main takeaways from Apocalypse Never I found interesting:

Not surprisingly, Shellenberger has been slammed by many “mainstream” environmentalists for Apocalypse Never.1   Much of the critique seems a bit picayunish to me.  They accuse him of sensationalizing his claims to garner public attention and cherry-picking his facts to support his positions. Both are probably fair to some extent, but hardly unique to him.

I did find that Shellenberger frequently pushed an argument just a bit further than he needed to and thus made himself a target to be discredited.  For example, with respect to forest fires, Shellenberger contends that most of the increase is due to more people living in forested areas since humans start most forest fires – a sensible argument.  But then he goes on to claim that there is no evidence that climate change has made forest fires any worse, which is just wrong.  There are, in fact, dozens of studies that have found that.  Whether those studies are right or not is a different question.

At some point, people become numb to daily apocalyptic pronouncements and just start tuning them out, especially when cataclysmic prediction after cataclysmic prediction fails to materialize.  But for now, they apparently sell papers and attract audiences.  Just this week, a New York Times headline read, “Global Warming Is Driving Polar Bears Toward Extinction, Researchers Say.”  You have to get near the end of the article to learn that “of subpopulations that have been studied, some — generally those in areas with less ice loss — have shown little population decline so far.”  It is generally conceded that the current polar bear population of 20,000-25,000 is much higher than in 1973 when commercial hunting of polar bears was banned.2

But you just wait.  The end of the polar bear is coming . . .  and rest of the world shortly thereafter.

2 The future prospects of the polar bears is actually a very complicated an nuanced question which will be affected by many factors, of which loss of sea ice is one.  This is Canadian Geographic story is a comprehensive discussion. 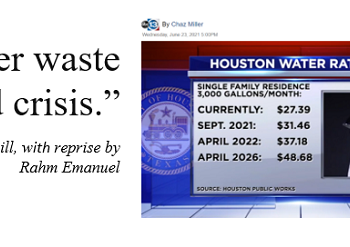 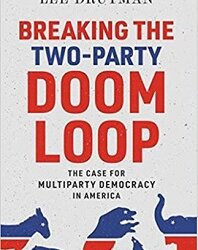 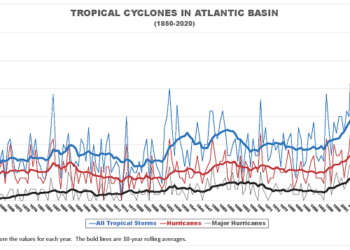 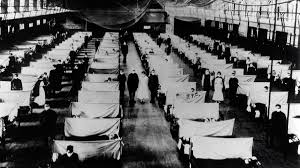