I fear that the investigations Republicans have promised in the House next year will be little more than another round of toxic partisan gamesmanship. But there is one investigation Congress should undertake, and that is into so-called “gain-of-function” research.

Before the pandemic, I suspect that most of you, like me, had never heard of gain-of-function research. What we learned during the pandemic is that scientists around the world routinely tinker with the genome of viruses to see how the induced changes will affect replication of the virus (contagiousness) and the effects it has on its host (lethality). Such research has apparently been going on for decades and is routinely funded by governments, including ours.

Within weeks of the COVID-19 virus emerging in China near the Wuhan Institute of Virology (WIV), many began to question whether the virus had been created by gain-of-function research and somehow escaped from WIV’s labs. Chinese documents that surfaced early in the pandemic seem to suggest the virus might have come from WIV. To many, the proposition that the novel coronavirus just happened to naturally occur a few hundred yards from the WIV facility seemed too much of a coincidence.

But in February 2020, barely three months after the virus’s genome had been sequenced, 27 scientists signed a statement in the medical journal The Lancet, unequivocally declaring that the virus had occurred naturally and that any suggestion to the contrary was quackery and a conspiracy theory. Their statement quickly became the accepted orthodoxy for much of the world’s scientific community and virtually all the mainstream media.

However, as time wore on, circumstances regarding the origin of that statement came under scrutiny. In a 2021 Vanity Fair article, investigative journalist Katherine Eban revealed that the statement was organized by a scientist named Peter Daszak. That statement concluded with a declaration from the scientists who signed it that “we have no competing interests.” However, Eban reported in a follow-up article that Daszak was the director of EcoHealth Alliance, which in 2014 had received a $3.7 million grant from the NIH for gain-of-function research and made a sub-grant for $600,000 – to the WIV.

I wrote to the email address reserved for the statement in the Lancet post, posing a number of questions about the circumstances around the creation of the letter and the “competing interests” statement. I also reached out to two of the scientists who signed the letter asking for an interview regarding the statement. I received no responses.

Questions about gain-of-function research predate COVID. In fact, there has been a robust debate over the potential risks and benefits that dates to, at least, 2011. In 2014, a group of 300 prominent scientists, led by Harvard’s highly regarded epidemiologist Peter Lipsitch, signed a statement raising alarms about risks associated with gain-of-function research.

The academic controversy caused the Obama administration to issue a moratorium on gain-of-function research, but it included a general exception for studies “urgently necessary to protect the public health or national security.” According to Eban’s reporting, the exception quickly became a glaring loophole that essentially rendered the rule useless and the controversial research mostly continued unabated.

The Trump administration scrapped the moratorium in favor of a complex review process. But that process was mostly conducted outside of the public’s view or even significant peer review, leaving many of the critics, including Lipsitch, still wary.

The debate over the origins of COVID still rages today and unfortunately has become politicized, with Democrats and Republicans generally lining up behind the natural and lab-leak theories, respectively. In August 2021, the National Intelligence Council issued an unclassified report in response to an order from President Biden to review the origin of the virus. The report stated that the intelligence community had not been able to reach a conclusion and that the origin would likely never be known without more cooperation from the Chinese government. Of course, the more time that passes the less likely it is that the mystery will ever be solved.

While we would all like to know how the pandemic started, the mere fact that it might have originated from gain-of-function research gone awry makes it imperative to conduct a detailed investigation of the risks and potential benefits of this kind of research. Of all the things we regulate, surely tinkering with viruses to make them more contagious and more lethal should be right at the top of the list. Congress needs to pass laws closely regulating what Rutgers professor Richard Ebright described to Katherine Eban as “looking for a gas leak with a lighted match” and not leave this up to the shifting tides of executive orders.

Congress should also investigate what appears to have been a coordinated attempt to squelch any inquiry into the legitimate questions over COVID’s origins in the early days of the pandemic. For example, the signers of the Lancet statement should be subpoenaed and questioned about what was almost certainly a false certification of “no competing interests” by at least one of the signers. (The criticism regarding potential conflicts of interest is not just coming from the right: The uber-progressive Columbia professor Jeffery Saks disbanded a group he had established to study the origins of COVID, citing conflicts of interest. Interestingly, Daszak was part of the group Saks disbanded.)

I don’t know whether House Republicans can conduct such hearings without turning them into a carnival sideshow. But hopefully they will rise above partisan instincts and deliver much-needed answers for the American people.

This article is also available on Real Clear Politics. 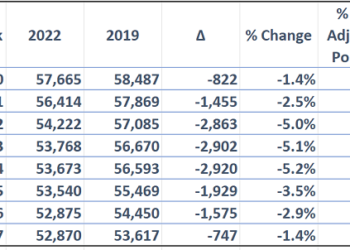 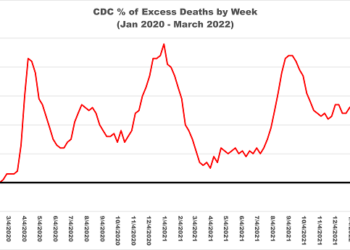 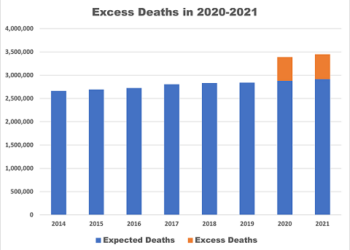 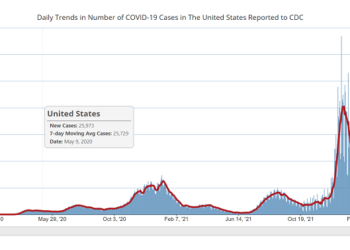